The projector throw ratio is a very simple formula that allows us to calculate the image width or throw distance even if we know what the measurements are.

The resolution also depends on the throw ratio. If you are sitting too close or too far from the screen, the image will pixelate. Besides, don’t go beyond the recommended throw ratio of the projector.

What Is The Projector Throw Ratio?

A projector throw ratio is the size of the image we can project from a certain distance away, or it is the relationship between distance and the width of the projected image.

The throw distance and the projected image size are proportional to each other based on the lens. If you increase the distance between screen and lens, the image will also increase.

You might also want to learn about what is throw ratio is detail, and normal throw vs. long throw.

How To Calculate Throw Ratio

There is a standard formula for calculating the throw ratio. Even newbies can use it to calculate.

Divide the distance by the width of the screen. If the distance is 9.8 ft. and the width is 6.56 ft. then based on the above-mentioned formula, the result will be a 1.49 throw ratio.

Projector Type And Their Throw Ratios

The above-mentioned calculation will help you to determine which type of projector do you or your friend need for example:

Why Is The Throw Ratio Important? 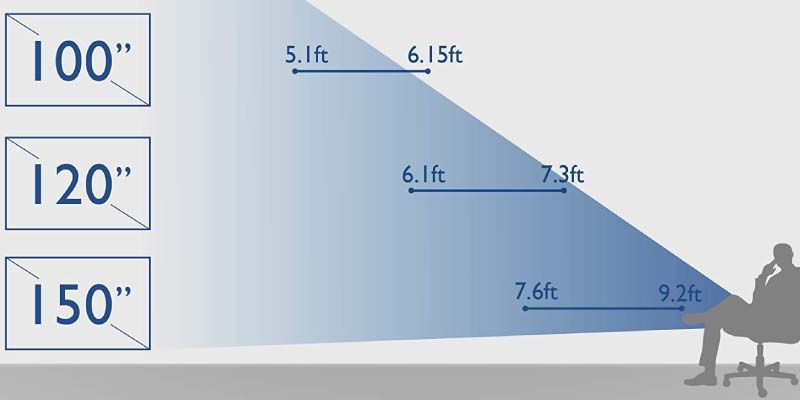 When I used to live in the hostel, there wasn’t enough space to install high-end long throw projectors like JVC NX7 or SONY VPL models but I didn’t know that. I bought NX7 and its throw ratio did not allow me to cast a perfect image because there wasn’t much distance between the projector and screen.

My roommate taught me how to calculate the projector throw ratio before purchasing any model. Since then, I have only used either short throw or ultra-short projectors.

It is extremely important to know the throw ratio otherwise you will be cramped with space. This is more important for a home theater.

There are some special situations where you would need short-throw/ultra-short projectors. Those situations are:

We have covered top short throw and ultra-short throw projectors for gaming, outdoor, and movies in your buying guides, check them too for a better understanding.

If your projector has a zoom lens, you can change the size of the image but the distance will remain constant. Each lens is different so you would need an online projection calculator tool.

We use EPSON throw distance calculator for accurate results. 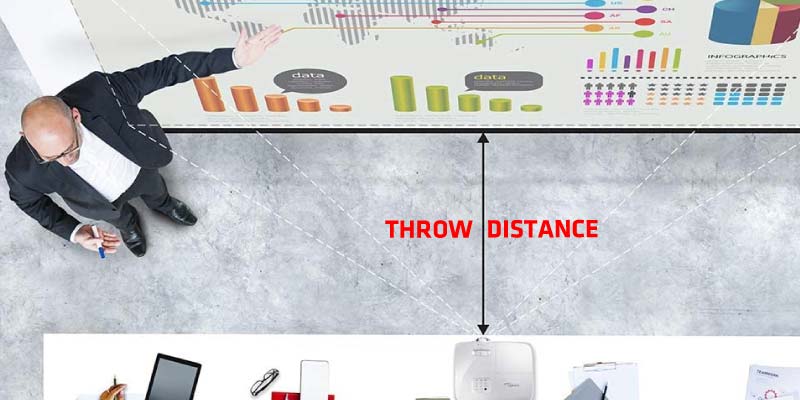 The distance between the projector and the screen determines the size of the image. Normally, images increase with the increasing distance but that also depends on the zoom, aspect ratio, resolution, and other factors.

Use the following tables to determine the projection distance