In this article, we will elaborate various vital points of 16—9 vs 16—10 projector screens as it is a confusing thing for most people to decide between these two.

There are so many things to consider to get a perfect projector screen format so it is mandatory to understand the aspect ratio and the formats before deciding their choice.

To describe the aspect ratio in front of a layman, the aspect ratio is the shape of the image area of a projector screen that will be visibleÂ  while watching content. It is a fractional difference between the height and width of the video frame.

There are different formats in aspect ratio and it is not limited to just one format. Similarly, each format also varies in usage.

The 1:1 aspect ratio is not so popular format due to its square screen that is primarily useful in commercial research and educational institutions.

The 4:3 is one popular aspect ratio that is useful in original TV format. Though it has limited usage in the sector of entertainment it has extensive usage in educational institutes as well as offices.

HDTV format or 16:9 aspect ratio is the most used format in the current generation. It has become an inevitable choice for users who get a flat TV or projector. Even most of the movie DVDs and Blu-Rays also opt for this aspect ratio in a wider range.

With a 16:9 aspect ratio, there is also a 16:10 aspect ratio format that is not as much popular as 16:9, but it has many perks. This format is dedicated to the business requiring a widescreen view or widescreen PC.

These aren’t the only formats, there are many more to come in the market as modern technology has been growing with every passing day.

Check out our guide about ultra short throw projectors

Most of the people who have a concern with delivering lectures in the classroom or presentation purpose, find 4:3 aspect ratio as the perfect one for them. But as the industry is moving forward day by day, the aspect ratio has also moved from 4:3 to 16:9 or 16:10. These other options are far better than the 4:3 format.

What Is 16:9 Projector Screen? 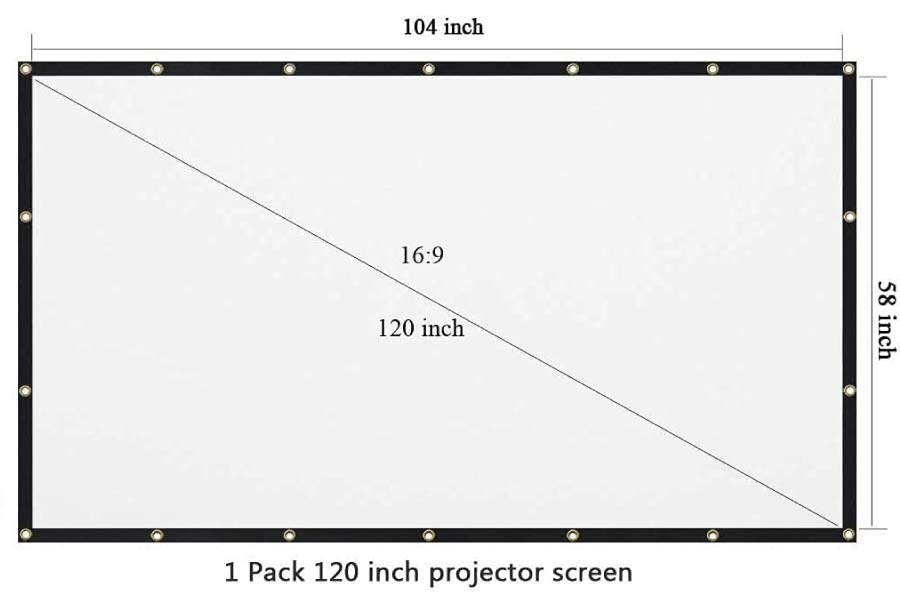 The most popular aspect ratio of todayâ€™s world is 16:9, without any doubt. It is widely popular as HDTV or high-definition format as it offers International Standard HDTV format.

The dimension produced on-screen is optimal and highly favorable that many users prefer it for home theater setup to watch movies and games. It wonâ€™t rob your perfect and superior visual experience by compromising the performance and image quality. Most binge-watchers, as well as gamers, prefer this format due to the depth and visual appeal that no other projector screen offers.

The dimension produced on-screen is optimal and highly favorable that many users prefer it for home theater setup to watch movies and games. It won’t rob your perfect and superior visual experience by compromising the performance and image quality. Most binge-watchers, as well as gamers, prefer this format due to the depth and visual appeal that no other projector screen offers.

You will even get more visual clarity while playing 4K or HD format content on a large screen as compared to 16:10 without any kind of distortion. So, it is a perfect ratio for home theater experience for entertainment and gaming.

However, you wonâ€™t be able to utilize it for presentation purposes as it would not provide a professional look and feel that you would get in a 16:10 format. Apart from a high-definition resolution projector, you won’t find it in any other native resolution projector with WXGA, WQXGA, or WQUXGA. 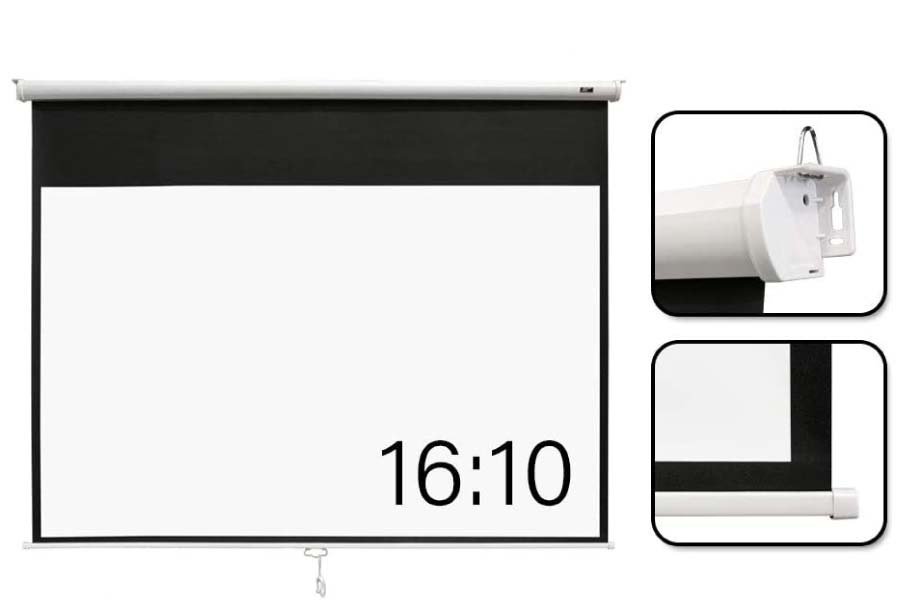 The 16:10 is a widescreen format that is also known as the 8:5 aspect ratio and is highly popular in terms of WXGA, WUXGA, or the same kind of resolutions. In past years it was the most popular aspect ratio in the widescreen segment with 4:3 legendary format in market share. But then it became the favorite choice for all kinds of purposes. However, this popularity didn’t last for a long time as 16:9 stole the whole market with its better capabilities.

Though these are not so popular like 16:9 still they are considered as the best choice for business presentation and widescreen viewing experience. It offers a widescreen format but the clarity of the text is maintained precisely without ruining data texture.

With this amazing 16:10 projector screen format, you can easily pair up with WXGA, WXGA+, WUXGA, WQUXGA, WSXGA, and WQXGA native resolution. Though there are a lot of dissimilarities between these two aspect ratios, ultimately they perform the same function.

Check out our guide about projector screens

Which Aspect Ratio Will Be Right for You?

If you want to avoid those blurry or black bars, youâ€™ll need a projector screen that matches the aspect ratio of the material. For this purpose, you need to consider three things when deciding about what format or projector screen to get. These factors are mentioned below:

The clarity in resolution wonâ€™t be compromised anymore if youâ€™ll keep these factors in mind. If there is variation in any of these, youâ€™ll again face those black bars on the screen. If those black bars do not bother you, then you do not need to choose any specific aspect ratio. You can go with any. But if you’re more perfection conscious then choosing one best will be a great option.

It can be overwhelming to figure out what you need when you plan to set up a home theater system. You might not be aware of the different amazing options already present in the market. All you need is to choose a projector screen that can offer great image quality and then match it with the projector. You’ll need a screen that is 16:9 if you are planning to use a 16:9 aspect ratio.

Most projectors come with width as an option to choose from while purchasing a used one or one new one. So be careful while checking out these options before making a final decision about the size that fits best your needs.

Choosing between 16:9 and 16:10 is all about the formats of the viewing surface and materials. If you want to enjoy cinematic or gaming content, the perfect option for you will be a 16:9 aspect ratio.

But in the case of using PCs or computer tablets having WUXGA, WGA, or similar kinds of resolutions then 16:10 will be the ideal choice.

16:9 isÂ the standard widescreen aspect ratio. It’s also the aspect ratio that smartphones and tablets record in, as well as DSLRs and most camcorders.

Which is the highest resolution?