In this article, we have explained do projectors emit blue light, the harms, safety precautions, and our choices for the best blue light glasses to reduce eye strain.

Choosing a projector might take a lot of time but choosing the right projector by thinking of your health is a bit tricky but more important task. Projectors can cause serious eye health issues. They emit blue light that sometimes causes blue light eye strain.

It may seem cool to look directly into the blue light of the projector but it is extremely harmful to your retina. This happens due to blue light of a short wavelength that enters your eyes and retina indirectly.

Yes. Though projectors emit blue light but not like the TV. Light usually reflects from where the image forms or content becomes visible. That blue light doesnâ€™t enter into your eyes directly to cause eye strain but if that light somehow enters your eye, it can create several problems.

In this article, we will be sharing a detailed understanding of the importance of keeping blue light off for safety with reference to projectors.

The blue light of a projector is actually a part of the visible spectrum. This is the light that can be seen by humans easily. Blue light has a short wavelength but high energy. It typically ranges from 380 to 500 nanometers in vibrations.

This is one of the safe ways and there will be no possibility of damage to your eyes. The blue light of a projector will only affect you if you look directly into the lens. If it happens the damage will be due to the projector’s blue light.

Checkout our guide about the best UST Projector

The Harms Of Blue Light

The blue light emitted from screens disrupts the natural production of melatonin by your body and also sends a message to your brain to stay awake. If it is for one or two hours then it is normal but if you count the total hours in a day you spend on the screen, it will be a massive amount of time and damage to your eyes.

You may also have the idea of sleep deprivation, that how it is common and the consequences it creates such as weight gain, high risk of mortality, and how it makes you dull during the whole day if you have not slept properly.

Most people ignore to notice the number of hours they are using their screens and do not bother to estimate the damage it is causing to their health. They spent more than 10 hours on screen by being unaware of the damage happening to their eyes.

How Can Blue Light Damage Eyes?

There are a number of sources through which blue light comes such as television, high-intensity lamps, computers, and projectors. It also comes from the sun.

If a person remains exposed to that blue light for a longer period of time, the damage happened to the eyeâ€™s health will be irreversible. Even by staying in front of a screen for a few hours without using any kind of eye protection, eye fatigue and dryness in the eyes is the most common thing we all experience.

In some severe cases, this has also led to cataracts as well as age-related macular degeneration.

In human eyes, there are two types of light-sensitive cells. To the one, we call rods and the other is cones.

The rod’s cells help to detect blue, green, and red light while without rods there will be no color visible to the human eye. It will be only able to detect black and white images.

This loss of light-sensitive cells is a natural phenomenon but with the continuous exposure to blue light, this process enhances up to five times faster than the natural process.

These are our best choices of blue light glasses. 90% of our team use below-mentioned products.

How To Keep Your Eyes Safe From Damage By Blue Light From Projectors?

Almost all digital appliances emit a huge amount of blue light and we all get exposed to it directly or indirectly. It also comes through the sun and with enormous exposure, it enhances the risk of sleep deprivation and also causes severe kinds of mood swings.

Though you canâ€™t get rid of these blue lights due to modern technology you can try some ways to reduce the exposure to blue light even through projectors. Such as:

Checkout our guide about projector vs monitor

Safety Precautions When Looking At Projectors

There are the following important tips you can try to keep yourself safe from damage caused by blue light emitted by a projector or any other appliance.

Do not look into the projector lens:

The best way to keep your eyes protected is to avoid directly looking into the lens of the projector that emits blue light. Staring directly into the lens when it is turned on is completely damaging.

There is a heavy beam of blue light emits through the lens that can cause projector eye damage. Whenever youâ€™ll look directly into the lens your eyes will suffer. Not only the eyes but the other parts of your body and your health will also suffer heavily because of it.

Checkout our guide about how to clean the projector lens

Always use protective eye gears whenever you get in front of a projector or any other electronic screen. Avoid opening up a projector right into your face and eyes directly.

It will keep your retina safe from any damage.

Turn off Projector before opening-up:

Never operate an open projector if you donâ€™t want to get eye burns or momentarily colorblindness. Always turn off the projector before opening its panel. Also, maintain the distance between the screen and the projector.

It is important to bring all the accessories to the right place before using a projector. For this purpose, get proper mounts and a good screen. Then keep the distance in check for better visibility and also to ensure that no one will be exposed to the blue light.

Never sit too close to the projector or screen. Always keep a distance for safety measures.

If we compare TV and projector while considering the safety measures, projectors are safer than TVs. 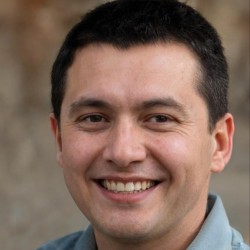